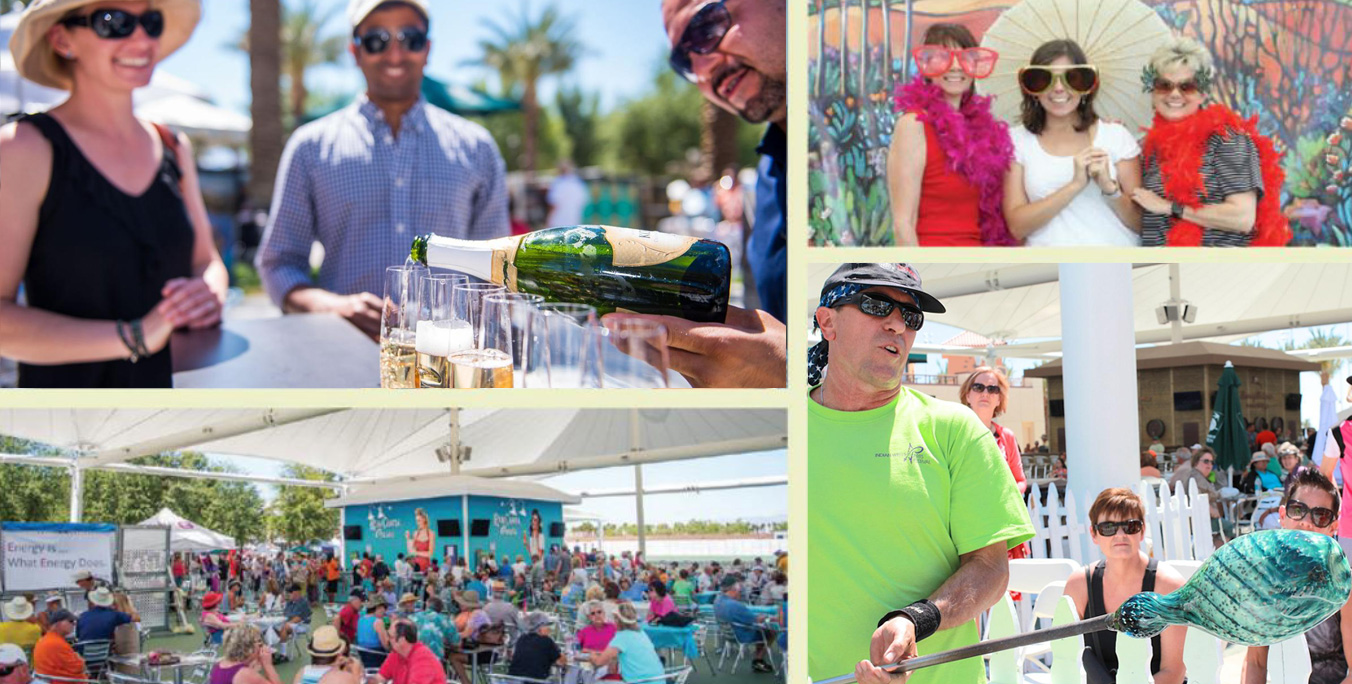 The tagline for the Indian Wells Art Festival is “an International Palette,” with artists representing Japan, Africa, Central and South America, the United Kingdom and Europe. But the festival also makes a concerted effort to put local artists front and center. Almost a quarter of the 200 artists are based in Southern California, with a strong contingent from the Coachella Valley and high desert, which refers to the fast-growing communities around Joshua Tree, Yucca Valley and 29 Palms.

Marisa Holladay, marketing strategist for the festival, says they strive to be a “community of artists,” with a particular emphasis on supporting women and culturally diverse perspectives, including Native American, Latino and rural artists.

Holladay adds that they look for emerging artists, giving them early exposure to eager collectors. “You can be among the first to discover and collect their work before they get to the point where they’re only within the reach of a small handful.”

Indian Wells rounds out the roster with experienced artists such as sculptor David Falossi, who’s been with the festival almost every year since it began. Falossi works in glass and stone. He brings a large block of material — usually limestone, which he can work on quickly — and his son, Christopher, an accomplished artist in his own right. Over the course of the three-day event, the team demonstrates stone-sculpting techniques while chatting with visitors.

David Falossi says that festivals offer buyers something more than they can get from a gallery. They learn the story behind the work, and they become part of that story.

“The art festival environment is not a stodgy atmosphere where people have to be quiet, and they’re feeling uncomfortable because they’re not used to being in that kind of setting. The art festival is a festival,” says Falossi. “People are having fun with their families, they’re meeting me, and that becomes some of the romance associated with their purchase. So when they’re showing the piece to their friends, they can tell the story of how they met me, any background they thought was interesting, or the nuances of my title and subject matter. They will remember that. And then it becomes a little more significant.”